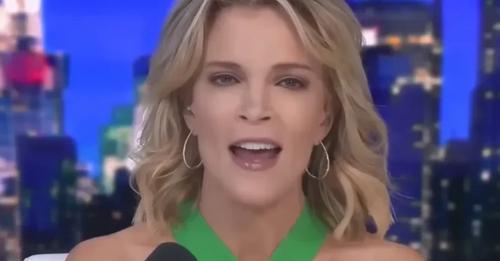 Megyn Kelly, who has a podcast on SiriusXM, has heard actor Will Smith’s explanation for why he hit actor and comedian Chris Rock at this year’s Oscars, and she doesn’t believe it.

In particular, she criticized Smith for saying that bad behavior was caused by “childhood traumas” during his “apology tour” after he hit Rock in March.

According to The Daily Wire:

During a recent episode of Sirius XM’s “The Megyn Kelly Show” podcast, the host was talking with the guys from the “Ruthless” podcast about how Smith said he had to “forgive” himself for the slap because “hurt people hurt people” and other things.

“I’m sick of these Hollywood people acting bad because they think we care about their bad childhoods,” Kelly exclaimed. “Just apologize, and people will either forgive you or not. Tell it to your therapist, sit on the damn sofa with the guy who charges $700 an hour, and work it out with him.”

She also said, “I don’t give a s***.” “Why did you hit and insult a guy who was just standing there doing his job? No reason. To give yourself a boost. So it doesn’t matter to me how much you think about yourself or how hard it has been for you to forgive yourself. I just want you to be humble.”

“What I don’t like is this Hollywood elitist multimillionaire, like, you can see the light bulb over his head,” the former Fox News host said. “You’re just like everyone else. In fact, you seem to be much worse than many of the people who work every day digging ditches or driving buses. And even though they’ve been through a lot of bad things as kids, they shouldn’t abuse other people!”