A glowing figure can be seen shining through the clouds on video: Many people say it reminds them of Christ the Redeemer… 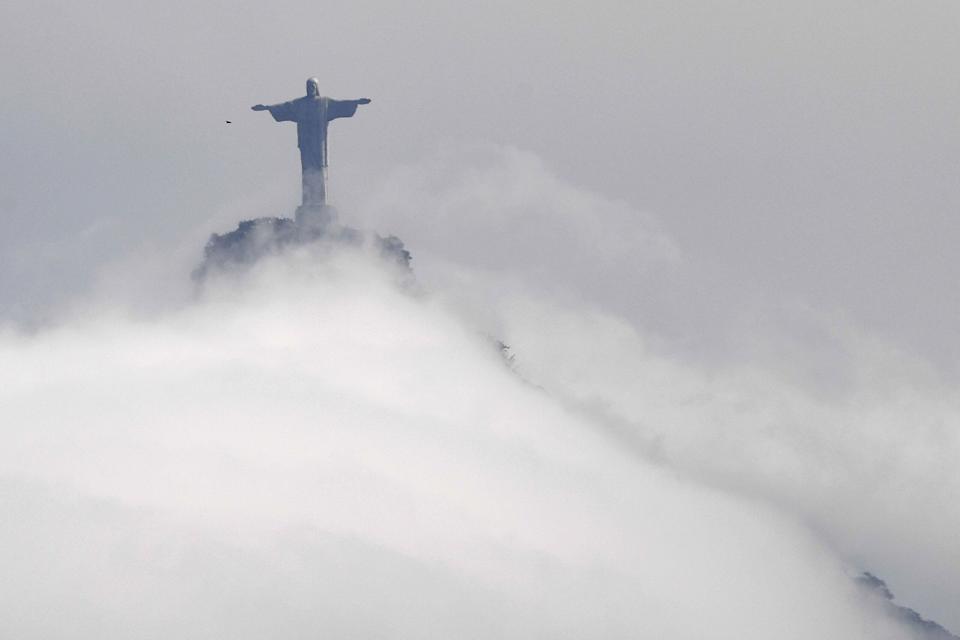 You don’t even have to be sure that God exists to think that some things are too perfect or too coincidental to be the result of life just happening. This is similar to how we might feel about certain signs and clues we see in the world around us.

Alfredo Lo Bruto from Agropoli, Italy, took a picture of what he says is a “figure” above the sea. The photo has sparked debate online, with some people saying it looks just like the statue of Christ the Redeemer in Rio de Janeiro, Brazil.

Alfredo told the Daily Mail, “The sight blew my mind. I don’t usually post photos on social media, but when I did, it was so beautiful that I wanted everyone to see it. 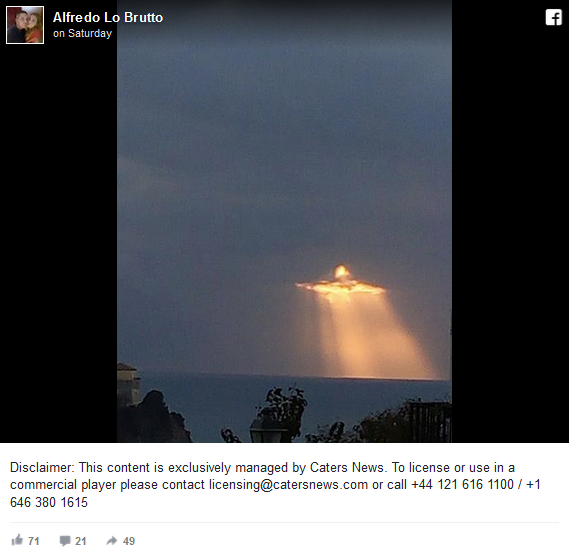 The photo, which was taken over the Tyrrhenian Sea, does look a little bit like that statue, and people online are now discussing whether or not it could be a sign of something.

Others, of course, will disagree with this and say that the “figure” is just a random cloud formation that looks good in the light from the sea. 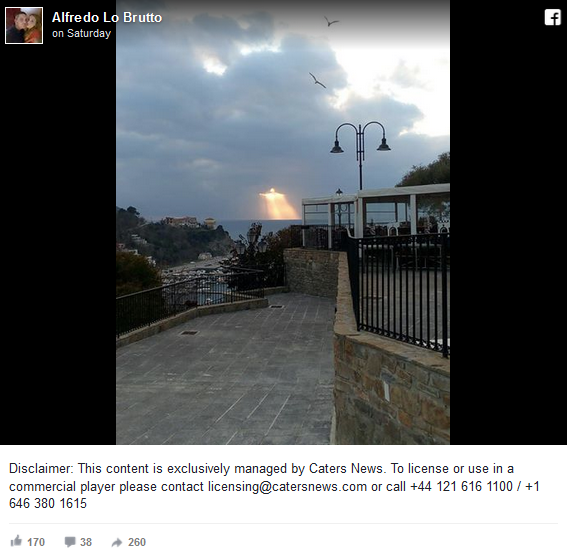 This isn’t the first time a picture has led to a war of words, but there are people on both sides of this one.

Any way you look at it, it’s a stunning photo that shows the beauty of the world we live in. 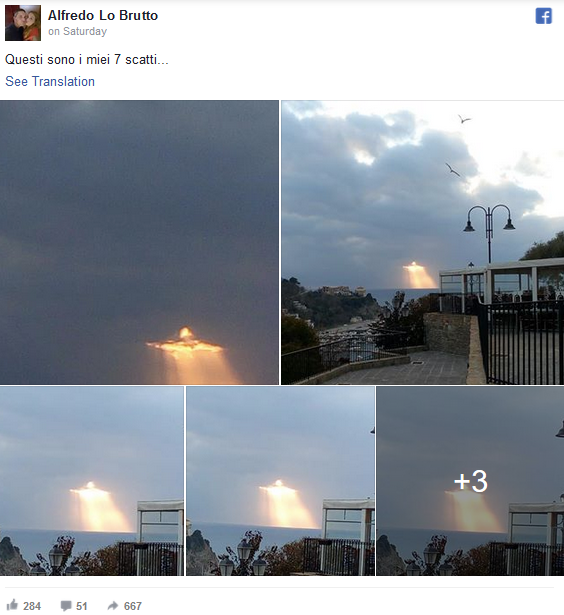 In the meantime, post this amazing picture on Facebook so your family and friends can see it.