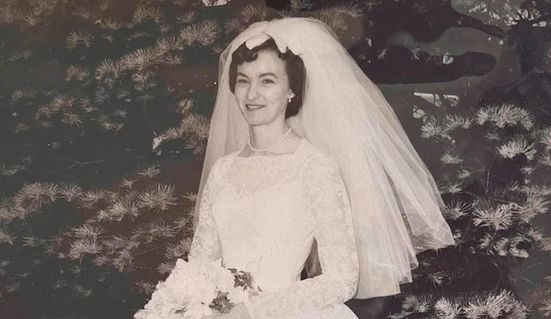 After being stored away for sixty years, a Massachusetts bride’s grandmother’s old wedding dress made her wedding day a historic event.

Allie Livingwater, who was 23 at the time, found a valuable treasure in a trash bag in her grandmother’s basement in 2016. She knew right away that the six-hundred-year-old masterpiece would be important to her in some way.

Five years later, she got married to the love of her life, Timothy Livingwater, in the old wedding dress that her grandmother wore on her wedding day 60 years before.

Allie was so happy during her wedding on September 25. She was surrounded by her family, friends, and her new husband.

The beautiful bride’s grandmother, who is now 88 years old, was happy to be a big part of Allie’s wedding by giving her “something old” and “something borrowed.”

Surprisingly, the dress was in good shape because it had been stored well, and it fit the new bride perfectly without any alterations. After giving it a good clean, Allie decided to change it a little by putting a hoop skirt under it. 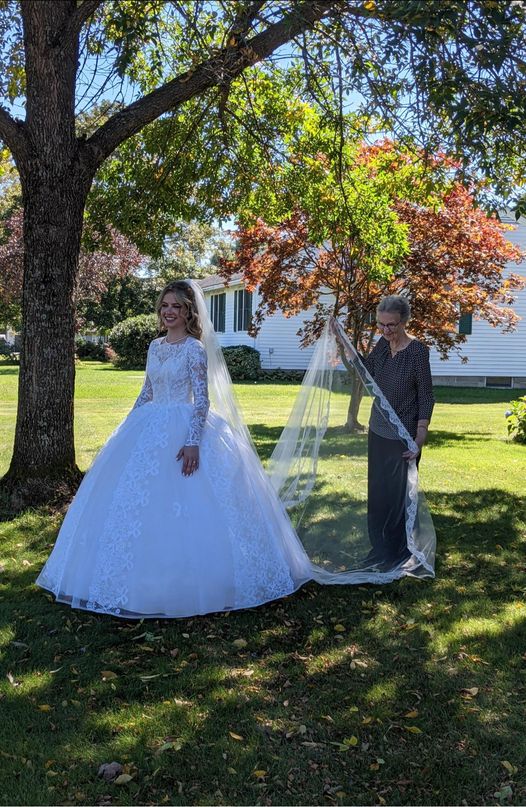 As the happy grandmother watched the new bride walk down the aisle at Turners Falls on her wedding day, she couldn’t help but cry. Allie said that the beautiful moment was something she would remember for the rest of her life. 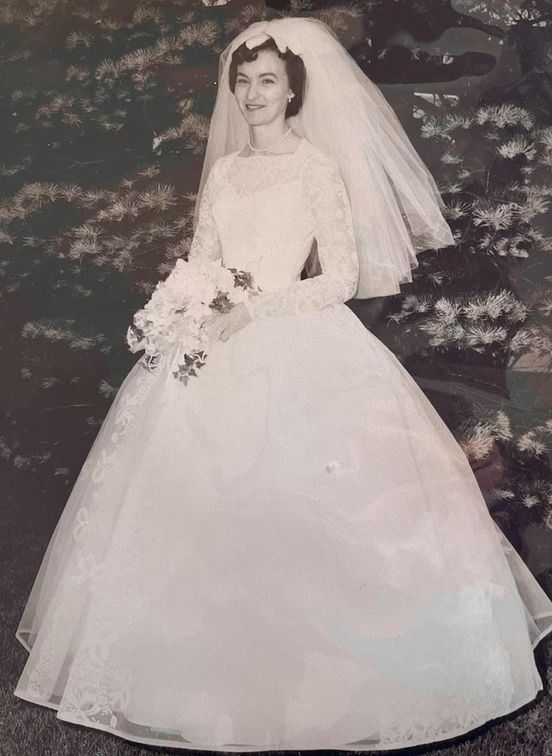 She posted pictures of her big day on Facebook along with a picture of her grandmother wearing the same dress 60 years ago. The Pharmacy student said that her big day was like a dream come true and that she would always remember it.

People wrote heartfelt congratulations to the bride and groom in the comments section. Some people praised Allie for doing something so symbolic that showed how close she was to her grandmother. Someone wrote:

“Beautiful, Allie, and the fact that you are connected to your grandparents and their love for life just makes it better. I hope you both have a happy and exciting life together.”

“My grandmother was shocked that I chose to wear her dress. She thought it wasn’t very important, so she put it in an old trash bag. But it was to me.”