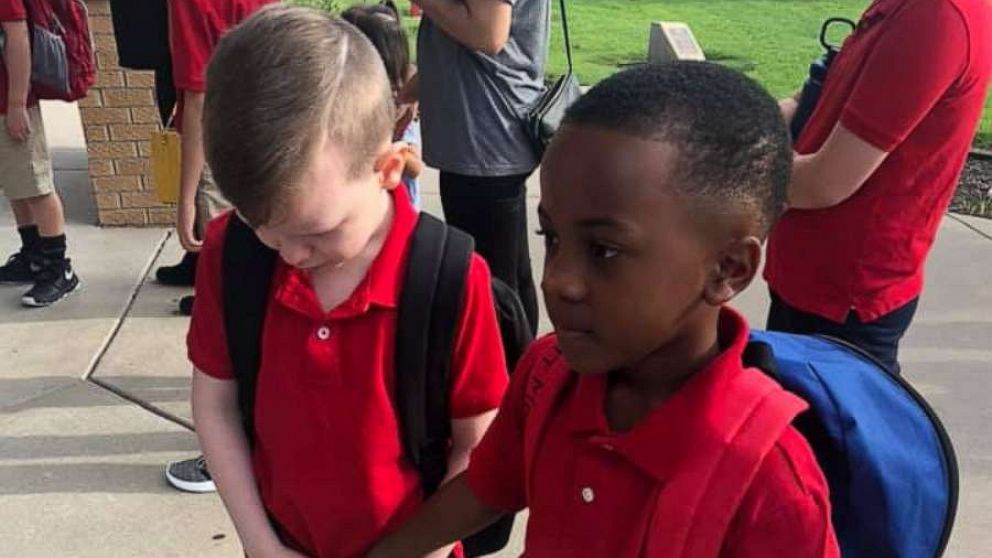 Any child can feel overwhelmed on the first day of school, with parents taking pictures and trying to calm their nerves, teachers simply trying to gather nervous, excited kids, and cope with the general noise of it all.

On August 14, Connor Crites, 8, a second-grader who has autism, was having a very emotional first day of school at Minneha Elementary in Wichita, Kansas.

Then, another rising second grader, Christian Moore, 8, came into the picture.

“He was nice to me,” Connor told KAKE-TV, an ABC station in Wichita. “I began to cry, and he helped me. And I was so happy. He found me and held my hand, and then I started crying”

Moore told the station, “I saw him on the ground with Connor while Connor was crying in the corner and he was calming him. He took his hand and led him to the front door. He waited until the bell rang, then led him into school, and the rest is just a history.” 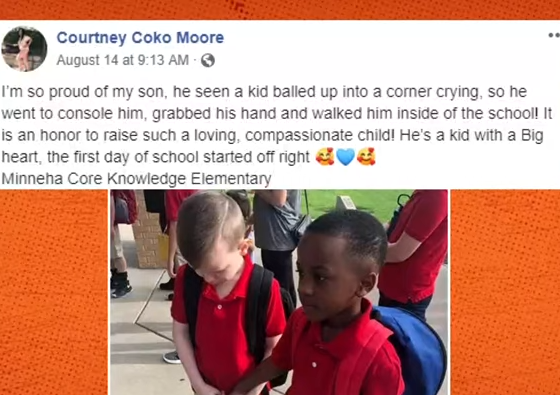 Connor’s mother, April Crites, told ABC News on Monday that the simple action had brought him a happiness.

“That’s all I can ask for,” she said, “is for someone to be that open with him. I’m so happy that something good came out of all this, that my son made a friend. And, hopefully, a lifelong friend.”

Crites was worried about Connor, who didn’t talk until he was 5, but their friendship has helped him.

Moore and Crites said in the KAKE-TV interview that the boys are now “inseparable.”

Moore said, “One act of kindness can change someone’s life.”