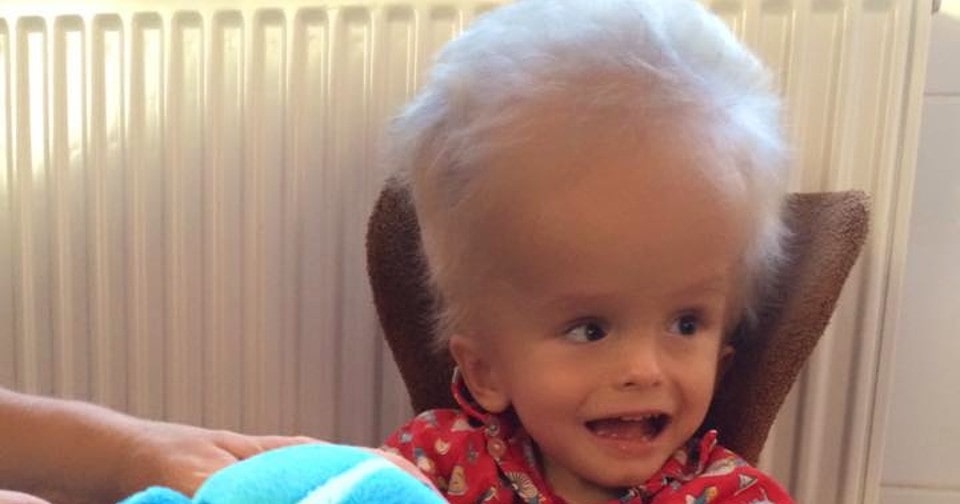 Dima, the child whose mother threw away like trash! His parents didn’t even want to see him when he was born because he looked so strange. They left him as soon as they could. But then, after a few years, something amazing happened.

A baby boy was born in a Ukrainian hospital, but he wasn’t going to start his life in the comfort of his home or with his parents. Unfortunately, when his parents saw that he didn’t look like any other child, they left him at the hospital. They didn’t want anything to do with a baby who was sick right after he was born, so they just gave up on him.

After some time with the doctors and nurses who cared for him, Dima was taken in by an orphanage in Kramatorsk, Eastern Ukraine, for children with disabilities.

Dima had a condition called hydrocephalus, in which there was an abnormal buildup of fluid in the brain’s ventricles. This is a long-term condition that can be managed, but there is no cure for it yet.

Many people with hydrocephalus can live normal lives with few restrictions if they get the right treatment early on.

When it came to Dima, he didn’t change much as time went on. At age 4, he still couldn’t walk or feed himself, which worried the people who worked at the orphanage.

Because of how bad his condition was, the people who took care of him thought that he was lucky to be alive, and they didn’t expect much change in his physical or mental abilities.

When Ukraine became a dangerous place because of a conflict with Russia in 2014, things got even worse. In other words, Russia started to take over Crimea, and many people were afraid for their lives.

Since they didn’t have enough food, water, and other things, the orphanage staff thought that children like Dima would likely die because of the war.

Dima, on the other hand, made it out alive.
As luck would have it, a couple from the United States named Ernest and Ruth Chaves heard about Dima. They had already adopted seven children and wanted to give Dima a home in Vermont.

Dima made a lot of progress in just one year after he moved in with his new parents. He learned to walk with the help of a walker and started to eat on his own. He wants to learn new things and gives himself new challenges every day.

His new parents gave him the name Zebadiah, and they taught him what it’s like to be loved and cared for.

We are so glad that this sweet boy got a second chance at life.