After 18 failed pregnancies in 16 years, a woman gives birth at 48… Read on to know more… 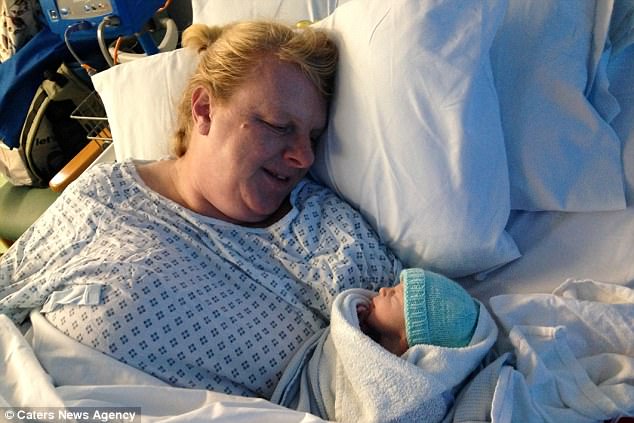 Louise Warneford knew she wanted to start trying for a family as soon as she met her husband Mark in 1999.

Louise, from Swindon, England, started trying to get pregnant when she was 32, but her attempts ended in tragedy.

Even though Louise tried for 16 years and had 18 miscarriages, she never gave up hope. Now, at 48, she is the proud mother of a baby boy named William, and she couldn’t be happier.

Mark had a vasectomy during a previous relationship, so the couple turned to expensive IVF treatments to get pregnant.

Louise didn’t have any trouble getting pregnant, but she would lose her baby at about 14 weeks.

Louise told the Daily Mail, “Every time I got my hopes up and thought ‘this was it’ and I was going to have the perfect family I’d always wanted, I couldn’t stop crying.”

“We tried IVF, but even though we got pregnant a few times, we always lost the babies.”

Just as the couple decided to stop trying, a doctor found out that Louise had “killer cells,” which meant that her body was destroying her embryos.

Louise finally got the care she needed, and she got pregnant. Her son William was born by C-section at 37 weeks.

“It was incredible,” says a teary-eyed Louise about the moment she was given her son.

“Being a mom is the best job in the world,” says Louise.

In the clip below, you can learn more about Louise’s story and what she wants other couples who are trying to get pregnant to know.