When a restaurant owner gets fed up and puts up a sign that says “Politically Incorrect,” sales go through the roof… Watch the video below… 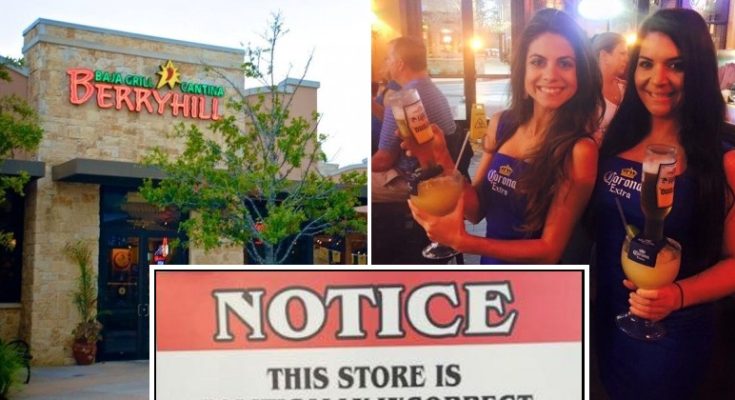 One restaurant chain in Texas has had enough of the push for “political correctness.” The owner put up a sign to let people know that they won’t give in to other people’s demands. Almost right away, sales started to go through the roof. 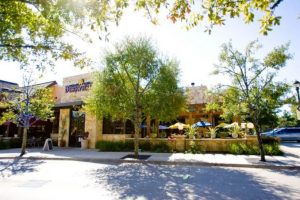 ABC News says that Jeff Anon, the CEO of Berryhill Baja Grill, was tired of how sensitive everyone has become. He decided to do what he could to fight back against politically correct people who think they can control how everyone else talks.

Anon told his customers that if he was too “politically incorrect,” he might upset them. In fact, signs were put up at all 9 of his Texas restaurants to let people know that neither Anon nor his employees are politically correct. Also, the signs made it clear that people could leave if they didn’t like what they saw. 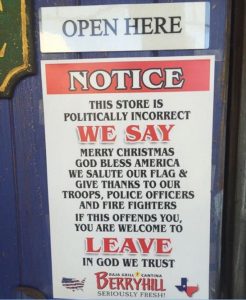 So, if you go to a Berryhill Baja grill, you’ll see signs outside that say, “Notice: This store is politically incorrect. We say “God bless America” and “Merry Christmas.” We show respect for our flag and thank our soldiers, police officers, and firefighters. If this makes you feel bad, you are free to leave. We believe in God.”

“I just got tired of hearing about how everyone has to be politically correct in the news,” said Anon. He said he had seen enough national fights over things like Christmas, like the backlash on social media over Starbucks’ red holiday cups. Anon, who is a practicing Jew, added that he doesn’t understand why people get so upset just because someone says “Merry Christmas.” 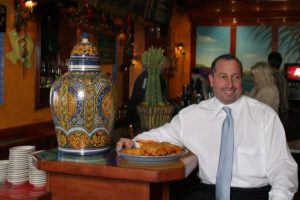 It’s such a simple idea, and if a Jewish man doesn’t mind being wished a Merry Christmas instead of a Happy Hanukkah, why should anyone else? Anon’s restaurants are even cooler because he decorates them for both Christmas and Hanukkah. This shows what tolerance, acceptance, and living together really look like. In spite of what most people think, it doesn’t involve leaving people out in the name of being “politically correct.” 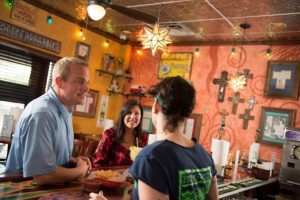 The CEO also got a lot of help for what he was doing. “It’s great that so many people have offered help. People are asking us a lot to get the sign,” Anon said, adding that for every negative comment he gets “hundreds” of positive ones.

In fact, it’s nice to see someone stand up to people who are too sensitive and hurt easily. It’s time to stop saying sorry when we don’t really need to, like when we wish someone well by saying “Merry Christmas” or “God bless.” When you get this kind of greeting, you shouldn’t be upset. Instead, you should just say “Thank you.” After all, it’s a nice thing to say, not a bad thing.

Maybe if we all learned from Jeff Anon’s way of doing things, we could finally stop the “politically correct” craziness that seems to want to ruin everything by finding a reason to be offended even when there isn’t one. Those who don’t agree with the sign can go somewhere else to eat, as the sign says.