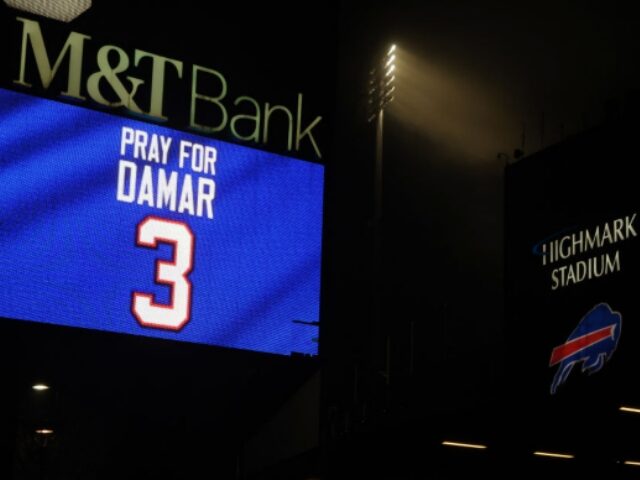 The Buffalo Bills wrote on Twitter that injured player Damar Hamlin’s condition has “improved” since yesterday.

“Damar remains in the ICU in critical condition, but signs of improvement were seen yesterday and overnight,” the Bills wrote. “His health care team is expected to continue to monitor and treat him while he stays in intensive care.”

Hamlin’s family said through a spokesman that the player had shown “promising readings.” He also said that they hope things will get better in the next few days, according to ProFootball Talk.

CNN said that Hamlin had to be brought back to life twice, once on the field and once at the hospital.

“They put him to sleep to give him a better chance to keep getting better. We just take each day as it comes. It looks like he’s going in a good direction,” Glenn said.

Hamlin will stay at the University of Cincinnati Medical Center’s intensive care unit after passing out during the NFL’s Monday Night Football broadcast.

Dion Dawkins, Hamlin’s teammate, said that the team wants Hamlin to keep getting better, but that “only a higher power” can really decide what will happen next.

The injured player was just recently overheard thanking fans for giving him the chance to play professional football and saying that you never know when it will be your “last day.”

In a video from November, Hamlin said, “It’s a huge, huge blessing.” “I treasure it. I can’t even put it into words, but I love every second of it. We just finished our DB prayer, which we do every Wednesday. He was standing next to me, and I held his hand a little tighter because you never know when this could be the last time you get to do something like this.