This boy sings amazingly for his younger brother with Down syndrome, which is all over the Internet. Check this out! 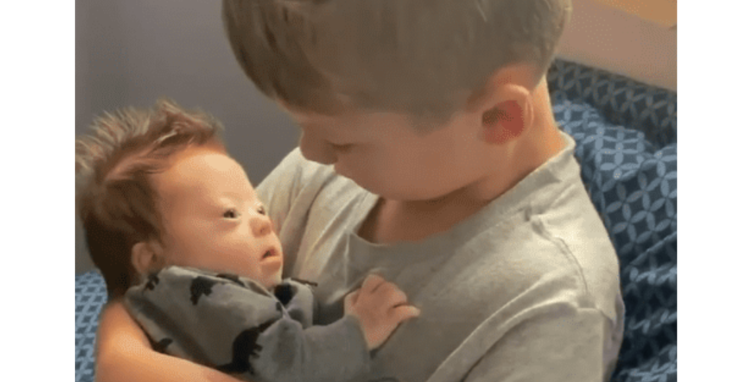 Nicole Powell was worried that her older children would be “embarrassed” by her youngest son, Tripp, born with Down syndrome. But, as a priceless moment she captured on tape shows, she had nothing to be concerned about.

Rayce, her second child, who was six, can be seen sitting on the bed with six-week-old Tripp held in his arms in the video (attached at the end).

In the scene, the song “10,000 Hours” by Dan + Shay and Justin Bieber can be heard, and Rayce starts to sing for his younger brother. 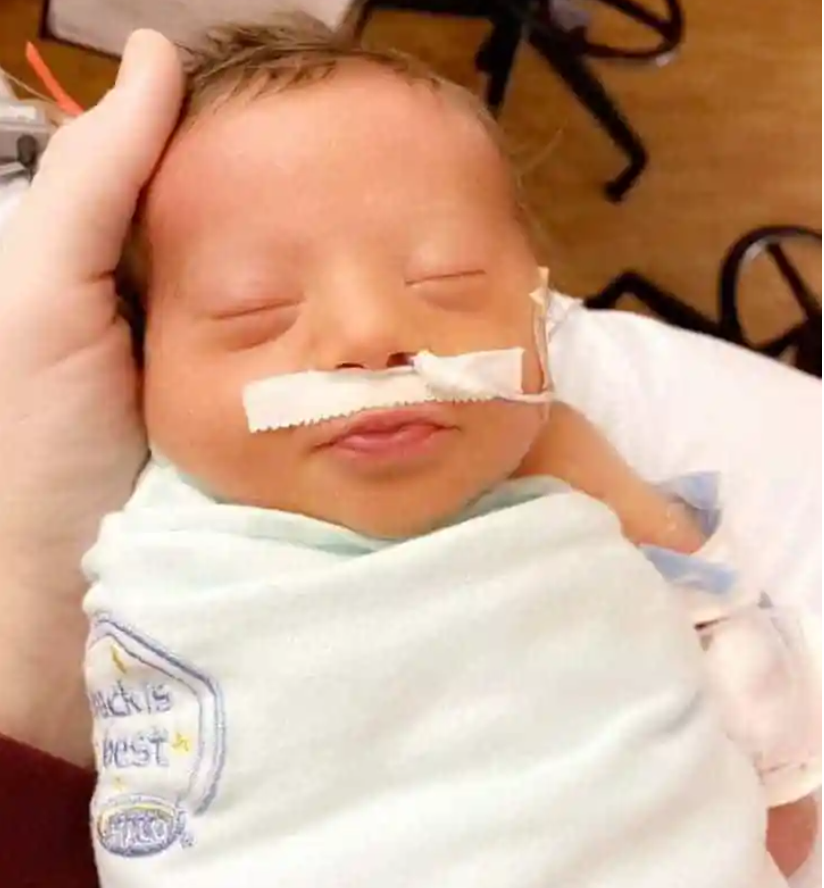 Nicole released the lovely video on Facebook in December 2019, and it has received 3.8 million views since then.

Rayce bonds with Tripp by singing to him all the time, the mother of five stated in the caption. The kid tells her that the song is about him and his sibling, not realizing it is a husband and wife.

“Love has no chromosomes,” Rayce replies, “and aren’t we all different?” Nicole, a Cabot, Arkansas, police officer, stated in the caption.

Nicole took a video with her phone and sent it to her husband, JJ. Rayce chose to release the video on social media because the friendship between her and Tripp was too important to keep hidden.

Nicole described the response to her video as “wonderful.” “I was perplexed why we now have a baby with Down’s syndrome. Perhaps it was to spread love and awareness.” 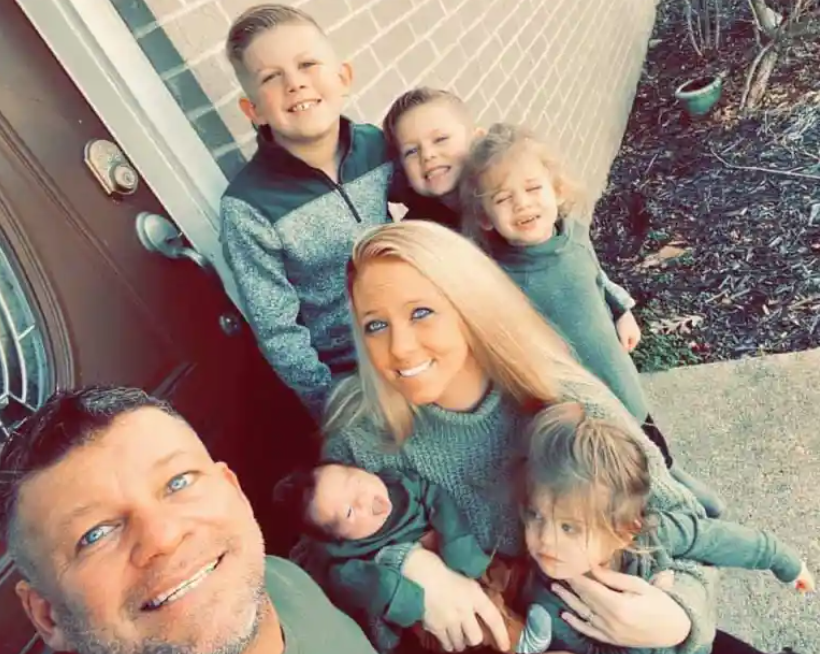 “Everyone is scared of what could happen.” “However, he is perfect,” she added. “It’s terrifying, but parenthood is terrifying in general.” “I’m incredibly proud of my guys.”

Tripp spent a month in the NICU following his birth on November 21, 2019, during which time his entire family visited him each day. He was ultimately allowed to return home on Christmas Eve.

During scans, Nicole and JJ discovered that Tripp would most likely be born with Down syndrome. Doctors advised them to terminate the pregnancy, but they disagreed.

Nicole said they were first concerned about the scenario because she was unaware of Down syndrome and had never met anyone who had it.

She was also concerned about how her other children would treat their younger siblings. 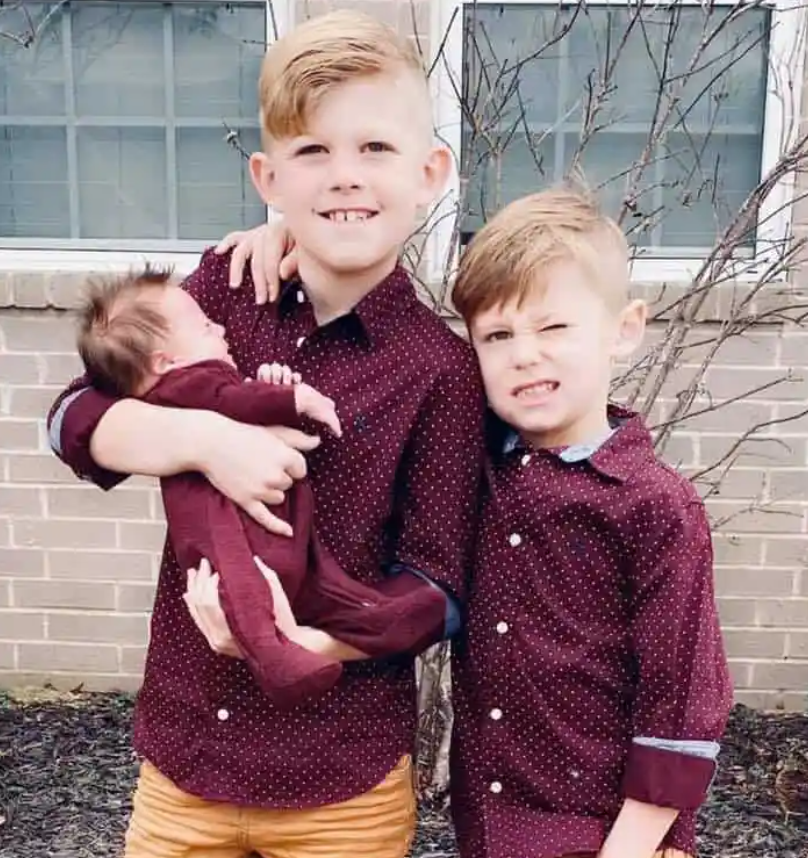 “I thought to myself, ‘I have four other children who all love each other; all I want is for them to love him as much as they love each other,'” she explained.

As a result, the couple informed their children about the situation as soon as possible. They told them what they had learned, even though they didn’t know much.

“We explained to them that it means he will be different, but he will still be your brother.” The boys responded by saying, “But we’re all different.” “And we were like, ‘OK, this will be good,'” Nicole explained.

Apart from Rayce’s innate sweetness, Nicole and JJ’s efforts to educate their children about Down syndrome have played a vital role in the children’s acceptance of their younger brother. As parents, they performed an excellent job by teaching their children to treat everyone with kindness, including those different from them. 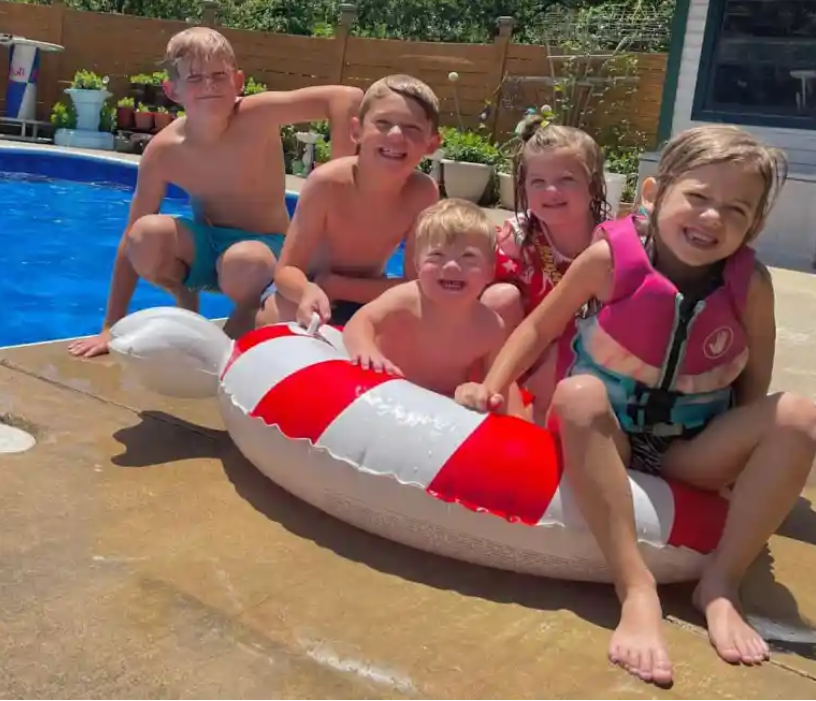 Tripp is now two years old and still has the same special relationship with Rayce and his siblings. You may follow TeamTripp on Facebook to stay updated on his newest life happenings.

You can watch how Rayce and Tripp share a beautiful moment in the video below!