Icebergs melt in front of your house? Here is where you can watch it from! 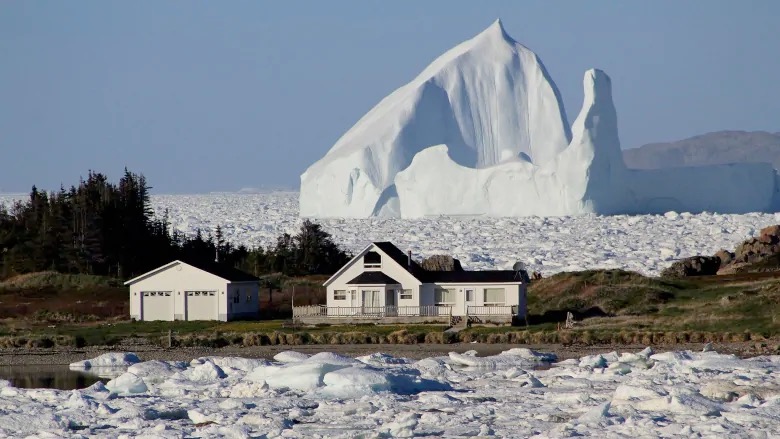 Iceberg Alley, which stretches from the Arctic to the southeast coast of the island of Newfoundland, is the ideal location for iceberg observation – even from your kitchen window while preparing the local delicacy ‘Jiggs dinner.’ 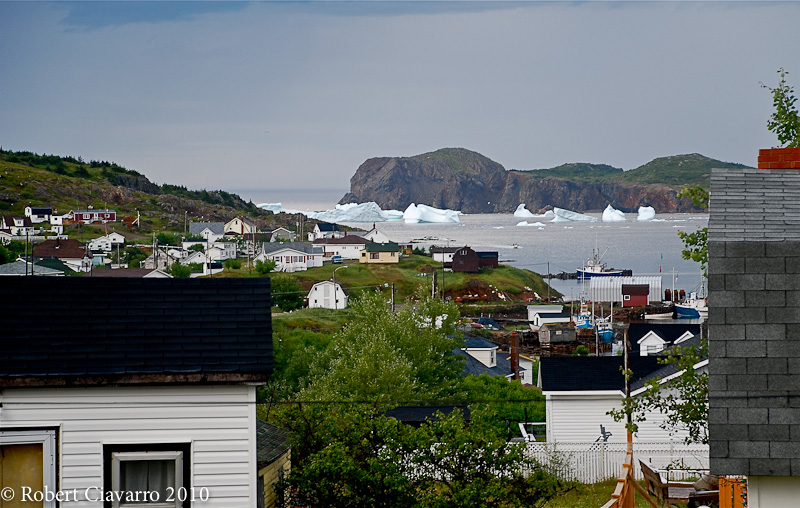 There will never be a shortage of icebergs to see if you reside in Canada’s Iceberg Alley. They’ll be much more stunning in the spring when the sea ice around them melts.

The ice shelves come from even further north, primarily Greenland, where glacier chunks split off in the spring and summer. They are then carried by ocean currents from north to south, via Baffin Bay, to the Labrador Sea, where they eventually melt.

A smaller number of these behemoths originate on the Canadian coast, where currents convey them from Baffin Bay to the Labrador Sea, where they eventually reach on Newfoundland’s eastern and western beaches.

These massive slabs of ice are thought to be 10,000 years old, and 400-800 of them pass through Iceberg Alley each year. Their speed is determined by a variety of factors, including their shape and size, as well as winds, currents, and waves, although it is typically approximately 0.4 miles per hour.

These icebergs appear to be enormous, but they are simply the “tip of the iceberg.” Only around 10% of the iceberg is visible above water!

There are 6 types of icebergs, according to Atlas Obscura, and Iceberg Alley features all six. Tabular icebergs are flat ice slabs that are substantially wider than they are tall. Blocky icebergs resemble truncated pyramids, with steep sides and sharp angles. A steep side and a sloping side define a wedged iceberg. Icebergs with a rounded top are known as dome icebergs. One or more steep pinnacles thrust skyward on pinnacle icebergs. Dry dock icebergs are also U-shaped.

Because icebergs are unexpected, it’s impossible to sail safely around them. When observing icebergs from the ocean, maintain a safe distance (D) that is equal to the iceberg’s length (L) or twice its height (H), whichever is greater. There is a risk of falling ice, strong waves, and underwater hazards within this region.

As icebergs migrate south, they encounter increasingly warmer waters and begin to melt. They become dangerously unpredictable at this point, as evidenced by the one that sank the Titanic off the coast of Newfoundland in 1912. Although we can now use satellites to track medium and large icebergs, small ones often go undiscovered, posing the greatest hazard to smaller boats.

The one below, on the other hand, was unmistakably picked up by any satellite. In 2017, this massive iceberg drew worldwide notice as it parked against a little Newfoundland village, dwarfing it totally.

The stunning view has even been immortalized on a stamp: 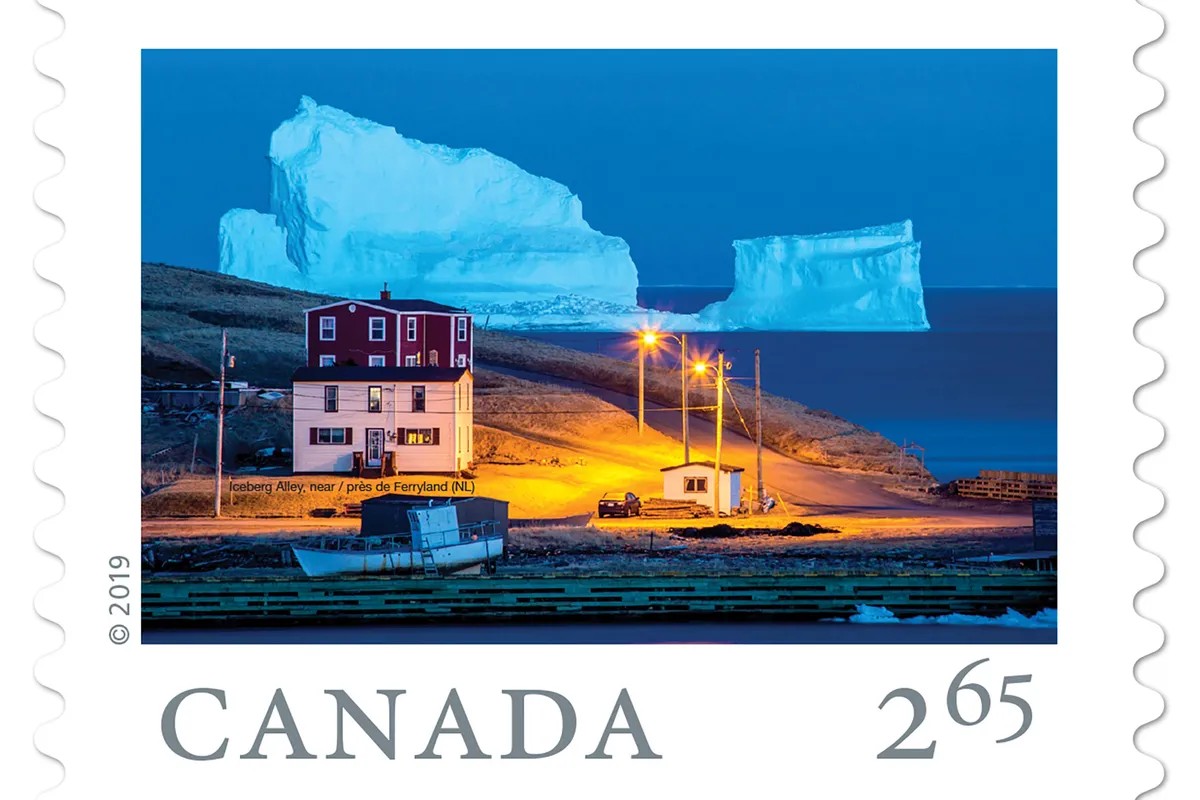 Despite the fact that this enormous iceberg melted a long time ago, it continues to circle the globe — on postcards. Iceberg Alley is just incredible.