An 86-year-old man found an occupation for himself in order to help kids! 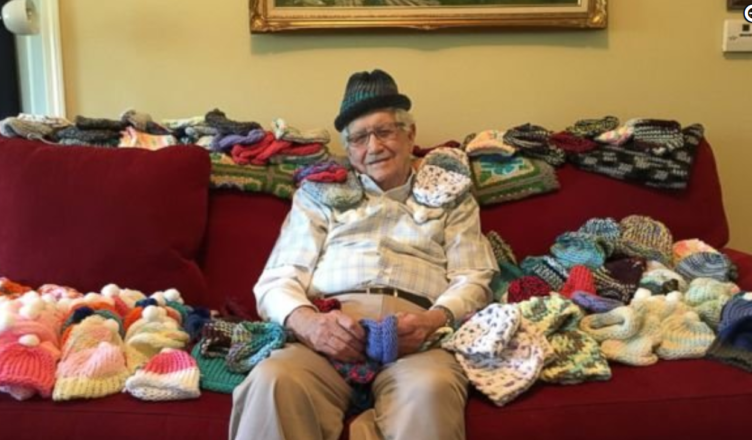 This will serve as a reminder that learning new skills is never too late.

300 preterm babies in intensive care at an Atlanta hospital are becoming warm and snug owing to knitted hats made by Ed Mosley, a patient of a nursing home in Georgia, United States.

What’s even better? Ed taught himself how to live so that he could prepare their holiday hats.

“I asked my daughter to get a set for me, and she came with a loom in the proper size and all the tools you need to knit a hat,” Mosley said. “All I did was follow the instructions.” It was simple. I’d never knit before since I always linked it with needles, but it seemed like something I could accomplish. “It took me two or three tries to get a good completed result.” 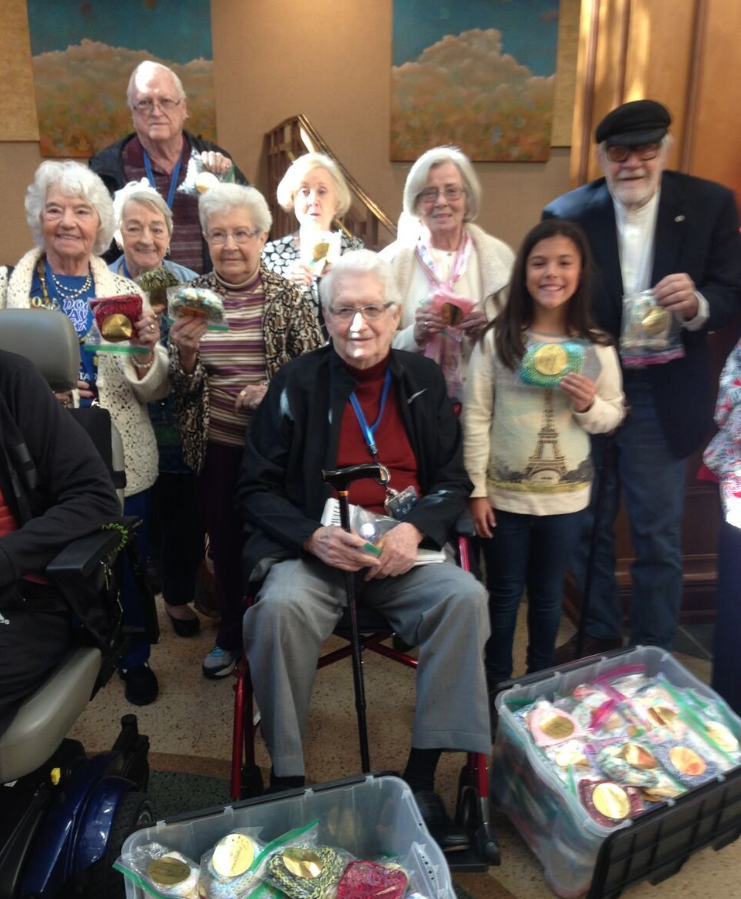 He had already stitched 55 adorable baby caps without realizing it. What prompted him to act in this manner? Challenge.

Ed’s carers challenged him to knit as many hats as he could in the neighborhood where he resides, and as a former engineer, Ed was up to the task.

Ed began working and creating classes to motivate his community members, filled with excitement with every stitch and seam.

More than 300 hats were crocheted for the babies in the hospital with the help of the therapists, staff, family, and mates.

The parents of the infants were overjoyed.

“It’s quite significant for us since this is our second kid in the NICU,” Doug Bunt, whose newborn son Matthew was born on November 12th, said. “We have a 5-year-old kid who was in the NICU for 54 days. It’s comforting to know that there are others that care about the welfare of the babies, our babies. The fact that this individual gives up his time during the day to serve these children is quite significant.”

Knitting hats became a relaxing hobby for Ed. It provides him something to do while he isn’t watching golf on TV, which is his second pastime.

“It makes you feel good when somebody appreciates what you do,” Ed explained. “I’m having a lot of fun doing this, and I’ve graduated to bigger hats now.” “I make hats for my grandchildren.”

There’s nothing like a handcrafted gift to bring a smile to someone’s face.