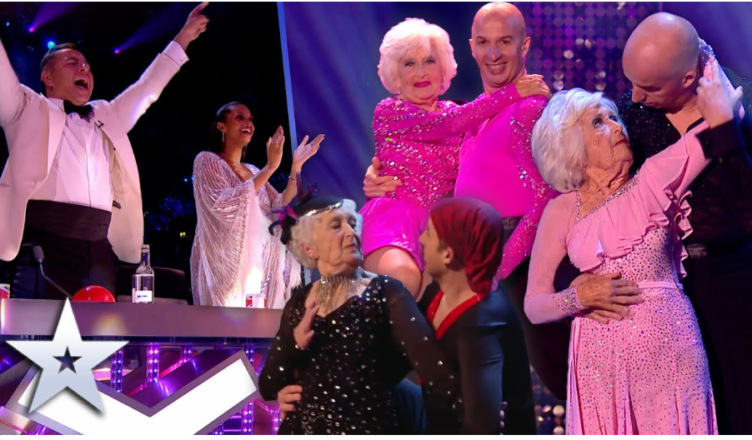 The adorable grandma was the only one who saw Sarah “Paddy” Jones take the stage for the first time in her life with her dancing partner Nico Espinosa in the UK. They had no idea that Paddy had been doing classical dance since he was two and a half years old, and that after her husband passed away, she had started flamenco and acrobatics classes.

Alesha Dixon stood there watching Paddy and Nico open their mouths wide as he walked the senior dancer around the stage while they danced. Simultaneously, Amanda Dixon burst out laughing at the couple as they performed a spectacular turn. When the dancing granny was able to make every visual success and stared at the entire crowd, she seemed to declare, “I still have it,” according to Simon Cowell.

David Williams, like the other judges, was taken aback when he was left alone with a senior member who was laughing and shouting wildly. The only thing left for the judges and the audience to do after the duo’s performance was to clap loudly. 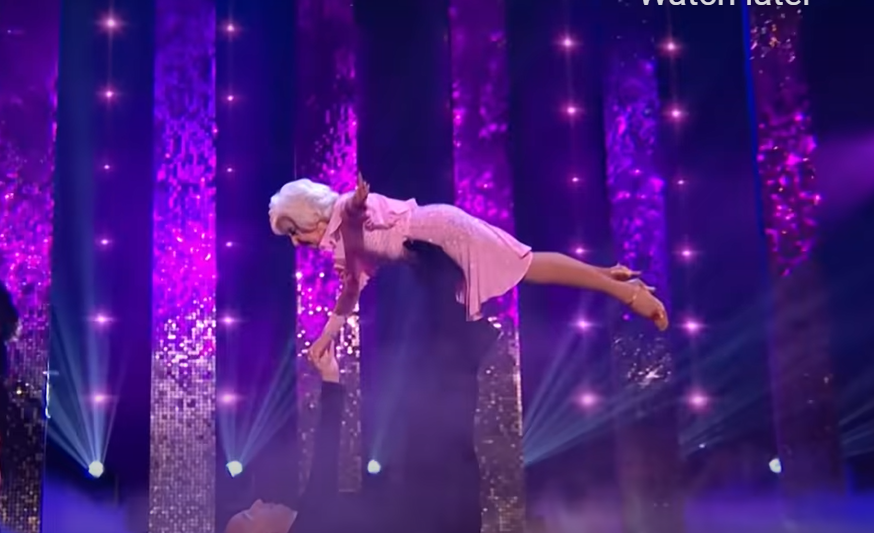 You’ll be amazed by this 85-year-old dancer… The judges on Britain’s Got Talent are speechless.

Nico and Paddy perform all of their remarkable dance and acrobatic talents to the song “She Bangs” by Puerto Rican musician Ricky Martin in the video below. The judges gave you a standing ovation only once.

Paddy Jones’s entire performance demonstrates that he is not a one-trick pony, but rather an accomplished dancer. His skills and movements have earned him the title of “Oldest Acrobatic Salsa Dancer” in the Guinness Book of World Records.

Below is a video of all of the performances by the legendary dancing duo Paddy and Nico, who have been able to dazzle the British Got Talent judges and the entire crowd numerous times throughout the years.