America’s Got Talent’s moving voice shines in a song dedicated to those who have lost their loved ones… Watch it here! 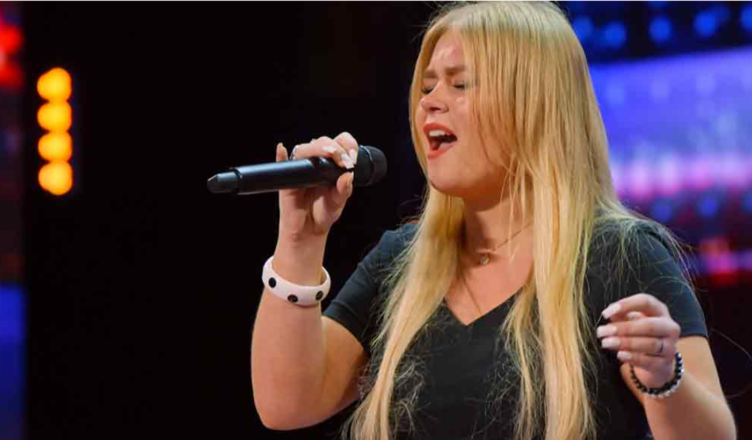 Ava Swiss managed to survive the incident at Oxford School. She received a standing ovation for her stunning yet melancholy rendition of Lauren Daigle’s “Remember” on the AGT stage yesterday.

When the incident happened, the 18-year-old adolescent and her brother were both in school. Swiss was still getting better, as was her brother. The sweet youngster applied for AGT so that she might use her voice to encourage and cure many people.

The singer admitted that it was difficult when Simon questioned how she was handling things at the moment. She recalled discussing it with her brother, and the two of them agreed that they did not want to enter the school. But when they finally went back to school, everything changed for the better.

Swiss added that as she sang, she thought of her friends, her family, and her love. The gifted singer thought it would enable her to fulfill her life’s goals. Swiss expressed her gratitude for the opportunity to play on stage today. The 18-year-old was delighted to share her skill with a larger audience than she had anticipated.

The teen then performed “Remember” by Lauren Daigle in front of everyone in a wonderful performance. While singing, Swiss did so with ease and proved to the audience that she was a vocal powerhouse.

All four judges gave her a standing ovation, and the audience erupted in cheers. The judges could only utter “Wow” because they were speechless. Mandel admired her vocal ability and was happy that it led to countless other individuals finding inspiration in her.

You are wonderful, Klum exclaimed. Vergara claimed to be experiencing chills. Swiss’ performance would be one of those acts that would stay with Simon Cowell forever, he continued. The vocalist received four “yeses,” moving on to the competition’s next stage.