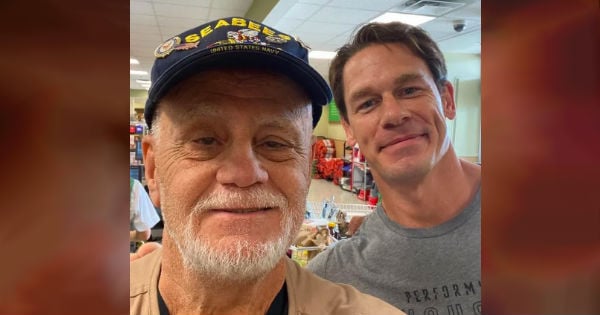 After John Cena paid their father’s grocery bill, they are calling him the “kindest man” they know. After meeting, they took a great selfie together that was posted online.

Charles “Bud” Phillips, a retired Vietnam veteran, was in the checkout line at his Florida grocery store when he saw John Cena.

Charles Phillips’s daughter, Stefanie, says, “My dad was in line behind him.” “As they talked, John saw my dad’s SeaBees hat and thanked him for his service. “John paid for all of my groceries in secret,” she says. “My dad didn’t even know until the cashier told him when he was paying for his groceries that John had paid for them. The bill was around $100.” 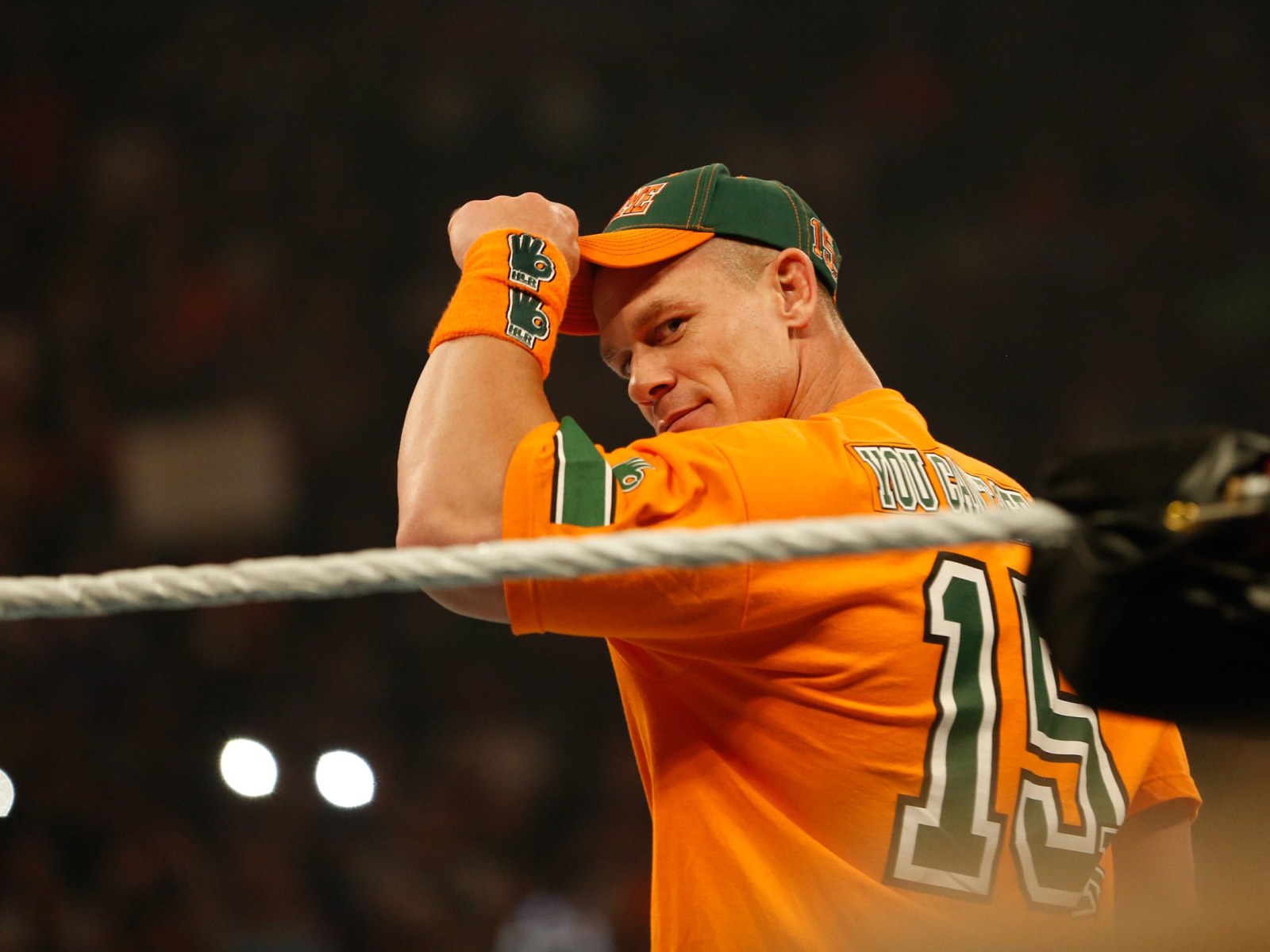 What a kind thing to do! Stefanie went on to say how much it meant to her dad.

The veteran’s daughter is calling John Cena. The most kind person
“My dad is a widower who served in Vietnam and is now retired. We lost my mom unexpectedly five years ago, after they had been married for almost 50 years. So, as you might guess, he doesn’t smile as big as he did in that picture very often these days,” she says. “That’s what makes this moment so unique. A small act of kindness made his day better. Along with his family being able to see that smile!”

Stefanie went on to say that John Cena goes to that grocery store often and that he is always “the kindest man to everyone.” 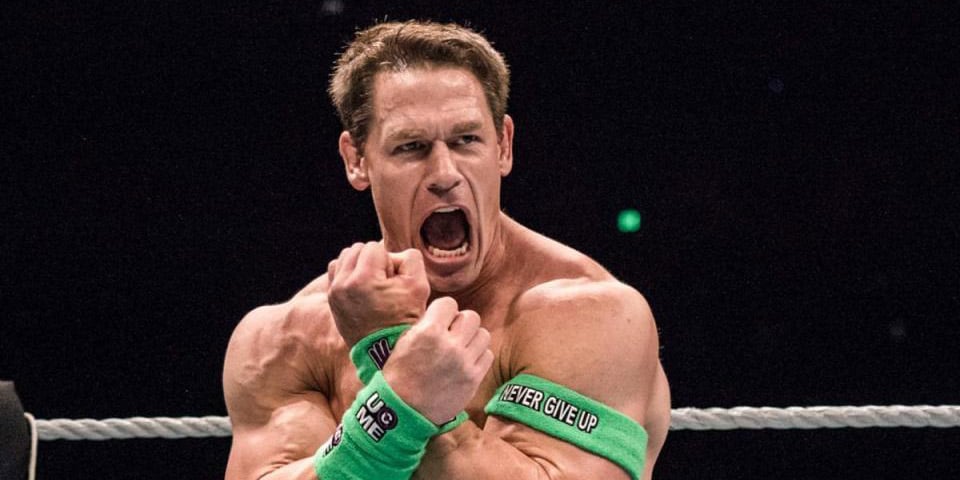 After the selfie of Charles and John was shared online and posted on the website Reddit, people started reaching out to the family to say that their fathers or grandfathers had served in the same unit as Charles! Because of this, a lot of the old friends have now gotten back in touch and shared photos.

How amazing! And it’s great to see people trying to make others happy and feel better.