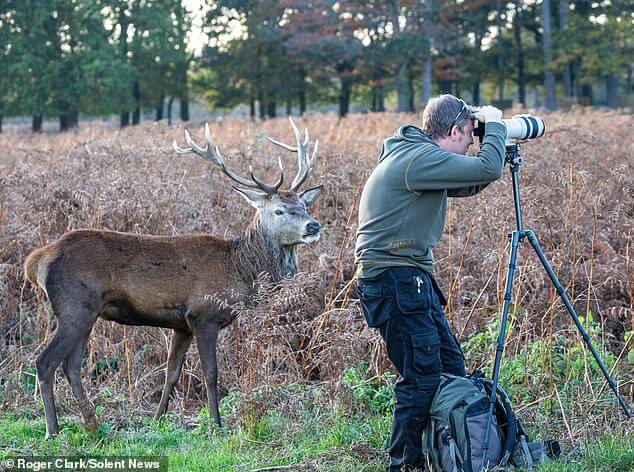 Every wildlife photographer wants to catch wild animals doing something unique. This takes a lot of patience, and it also depends on how lucky they are. But some people miss this once-in-a-lifetime chance by accident. They don’t know there’s an animal nearby until it runs away into the bush.

This wildlife photographer is one of those who have had bad luck. He was taking pictures in Bushy Park, which is in west London. He was looking in the wrong direction with his camera lens when a wild stag appeared right behind him. Even though it stayed there for a few minutes, the “sneaky” animal didn’t tell the man anything. “Shh! I’m right behind you! but you just miss it”.

If the photographer had turned around for just a second, he would have seen the wild stag, which would have been an amazing experience. He didn’t notice that the red deer was there. It was not a good day for him to use his lens.

Roger Clark, a skilled wildlife photographer who lived nearby, took pictures of these amazing moments. In his shoot, both the man and the wild tag were there. 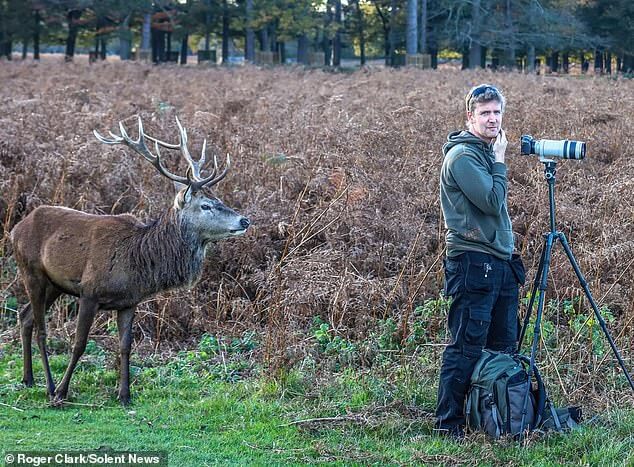 “We saw a man with a camera on a tripod and his eyes fixed on some deer moving through the ferns in front of him,” said Roger. “He didn’t notice the big animal behind him.”

He also said, “From where I was standing, it looked like the stag was trying to pick a pocket out of his jeans, so I took a picture of it because it was funny.”