When a 96-year-old WWII veteran sings the National Anthem, people cry and show respect… Watch the video below…

A 96-year-old WWII veteran in Michigan sang the national anthem at the start of a baseball game. This law brings Americans together in their struggles and their progress.

John Pylman walked out to the baseball field and stood on the grass. He grabbed the mic stand and, in honor of his country, took off his cap. His love of country was strong no matter how old he was. Just as he was about to sing, the baseball fans joined him.

As he began to sing the national anthem, John Pylman was calm. He sang zealously. His voice rang with patriotism, and the crowd joined him. He sang with the joy of a child.

As he sang the second line, his pitch went up. In one part of the field, the US flag was high up. It made John love his country, with its bright stars and wide stripes, even more. 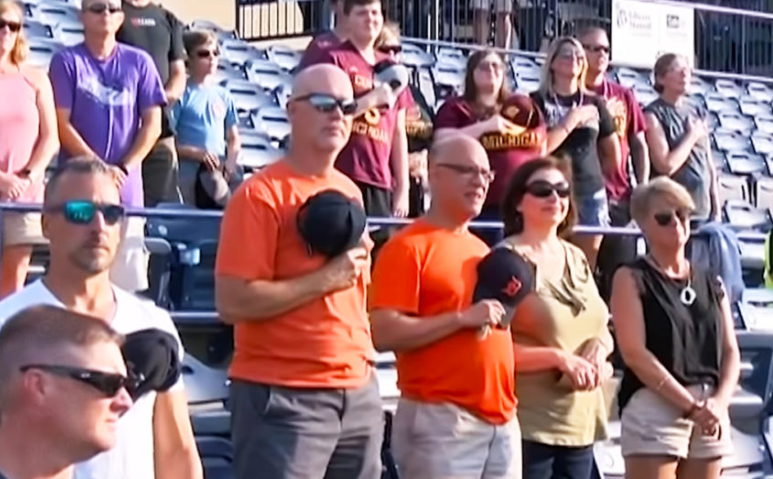 Some baseball fans put their fists over their hearts as a sign of loyalty to their country, honesty, and respect for it. Even though no one was singing with John, they were all singing in the same key.

There were also some baseball players on the open field. They stood bravely while John’s music got them ready for a great game. Their arms were also over their hearts.

As John reached the end of the anthem, the crowd yelled loudly. The old veteran saluted, which was a great way to start the baseball game.