Since he was 10, a teen boy has helped his mother sell breakfast to make money for the family… Watch the video below… 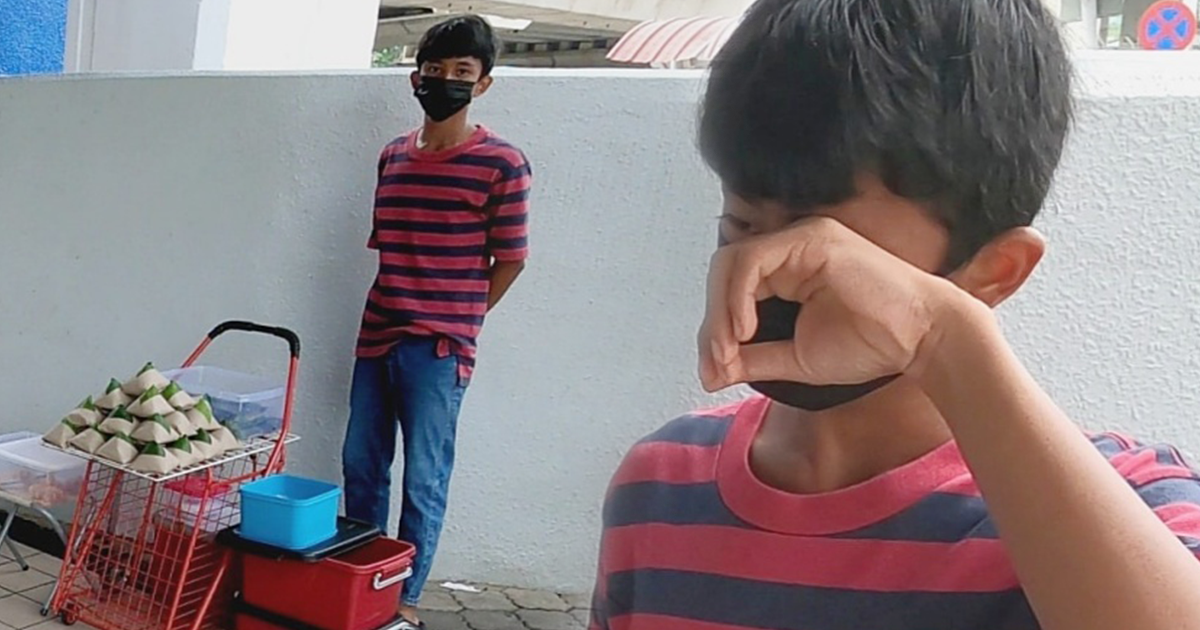 The best thing we can give our parents is love for them. When you become a parent, you’ll understand how grateful your parents were when you were a good child. Most kids who are raised well by their parents come from a happy family, which is what filial piety means.

Six years ago, a 10-year-old boy was seen selling food to help his single mother take care of the family. He decided to help her with the small business they ran as a family. Recently, the boy was found by FS Channel, a well-known YouTuber who helps people with small businesses. They just found out that the little boy is 16 years old now.

Ilham is a teenager who has been selling grilled glutinous rice and nasi lemak at the bottom of the stairs in the Rapid KL Light Rail Transit (LRT) Setiawangsa station for 6 years. FS Channel said about Ilham, “He ran a business for almost 6 years to help his mother because he felt bad seeing his mother struggle to run a business to pay rent and bills.”

Brother Ilham has been running a small business for six years, and in that time, he has been helped by the public. He has made enough selling at the LRT station every day.

“Brother Ilham thanked the teachers at his school,” FS Channel said. “They often help his family out by buying a lot of grilled glutinous rice and nasi lemak.” Brother Ilham got lucky that day when the YouTube Channel staff bought everything he was selling and gave his family US$155.00 (about RM 700), thanks to the viewers and subscribers of the channel.

Brother Ilham wiped his tears away with the back of his hand and said, “I’ve never held this much money before.” Anyone who uses the Setiawangsa LRT station is welcome to buy some of Brother Ilham’s food, like grilled glutinous rice or nasi lemak, which he starts selling at 4:30 PM and sells until he runs out. On the weekends, there is no business.

BuzzKini, a news company, says that Brother Ilham’s older brother, who is now 20 years old, has been found. His name is Firdaus Muhd ​​Fazil. He says he had to drop out of secondary school in Fifth Form because he had to help his mother take care of his three younger siblings. He was not able to take his Sijil Pelajaran Malaysia (SPM) exams. Firdaus also helps his mother cook for the day’s sales, which brings in money for the family. He said that his younger brothers and sisters still go to school and only help sell their things when they get home from school.

Firdaus said that his mother is not a citizen of Malaysia. She came from Medan, Indonesia, and her family of five now rents a one-room house in Keramat for about US$89 (RM400) a month. The family’s business only brings in about US $330.50 (RM1,500) a month, which isn’t enough to cover all of their needs.