A man with autism couldn’t find a job, so he did something unexpected… Watch the video below… 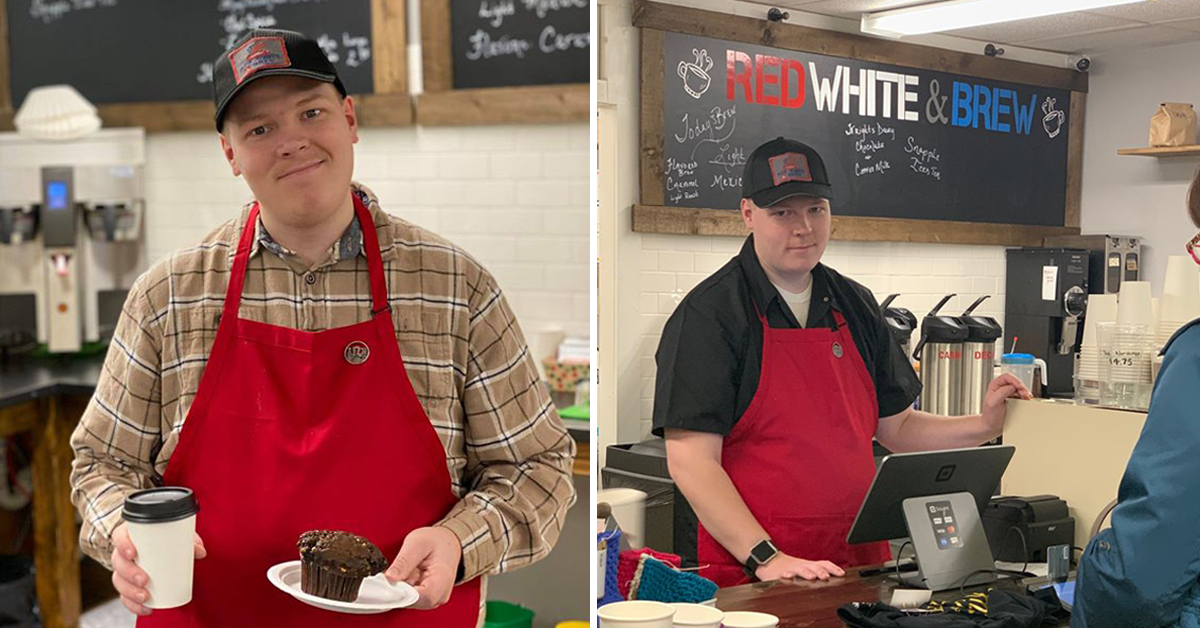 Michael Coyne took matters into his own hands when he couldn’t find a job and made one for himself. Coyne, who has autism, wanted to start his own coffee shop, so he did.

“When I turned 21, I put in applications at several places. He told CBS affiliate WPRI-TV, “None of them would hire me.” Now, he works at what he calls a “beacon of hope” for people with disabilities.

Coyne decided to go to the Rhode Island Developmental Disability Center to take business classes. This month, he went from being a business student to opening his own business.

Now, he wants to find people with special needs to work for him. “We just want to integrate,” he said.

Sheila, Coyne’s mom, said she hopes this business model can help people who have trouble finding work like her son. “As parents, we see the value in our kids,” his mother told WPRI. “Instead of the system always putting labels on them and putting up barriers, we see what they can do.”

“I liked the idea of a coffee shop because it brings people together. On both sides, we learn,” she said. “We teach people to say, ‘Yes, he has a disability, but look at what he’s doing.'” And he’s out in the world learning how to get along with people.”

Coyne also has bipolar disorder and attention deficit hyperactivity disorder (ADHD) in addition to autism. He was an athlete in the Special Olympics, and he took a program in hospitality to try to get a job in the field.

Now, he’s doing that and helping his friends at the same time. WPRI said that across the street from Red, White and Brew is a store called “Budding Violet” where you can buy things made by some of Coyne’s peers.

Coyne wants to let people know that people with special needs can also work hard. He’s proud of his business, and so are a lot of other people.

His mom said, “He’s done amazing things.” “And he’s just a good person in general. When you walk in, you can feel that.”