Remember the song “My Rifle, My Pony and Me” by Ricky Nelson? If you do then your childhood was…

In this vintage clip from the Rio Bravo western from 1959, a young Ricky Nelson performs a heartfelt cowboy song that is so challenging to sing to elicit the audience’s emotions that even John Wayne can’t resist singing along.

John Wayne gained notoriety for numerous personas throughout his career. 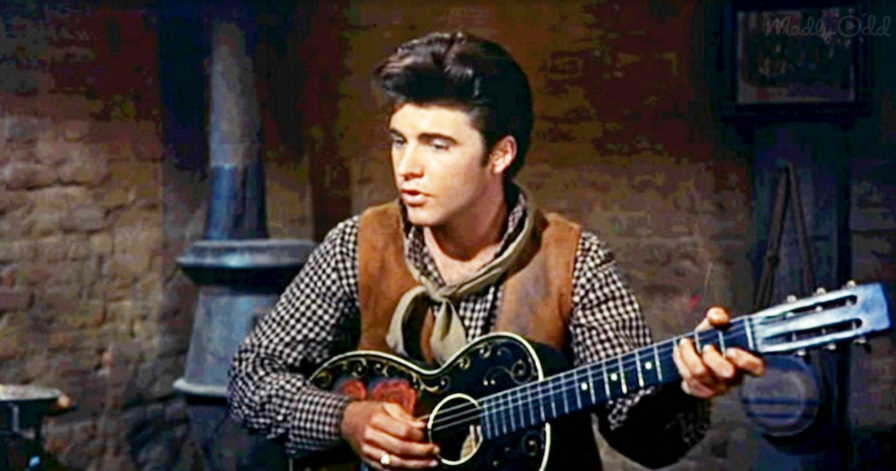 He was one of the bravest and coolest movie characters throughout his entire career. He was always wonderful and was both a soldier and a cowboy. Wayne was one of the most recognizable performers of his generation because he was skilled at keeping a somber demeanor.

Wayne’s character, though, exhibits a rare side in this excerpt from the 1959 movie Rio Bravo when he sings along with Ricky Nelson and Dean Martin.

It was pleasant to see his evidence, and listening to a wonderful song is also pleasant.

To view John Wayne in this musical scene from Rio Bravo, watch the video below.

In this movie, based on the short story “Rio Bravo” by B.H. McCampbell, written by Jules Fartman and Lee Brackett, the sheriff of Rio Bravo, Texas, arrests the rancher’s brother in order to aid his inebriated assistant.

They contain the rancher’s group with the aid of a cripple and a teenage gunslinger. Rio Bravo was filmed in Technicolor on location at Old Tucson Studios outside of Tucson, Arizona. Rio Bravo was added to the National Film Registry in 2014 after the Library of Congress declared it to be “culturally, historically, or aesthetically important.”

Let this musical performance sweep you up in a wave of nostalgia as you sit back and enjoy it.