Those kids give an amazing dance performance on Leonard Cohen’s “Hallelujah” Watch how adorable they are! 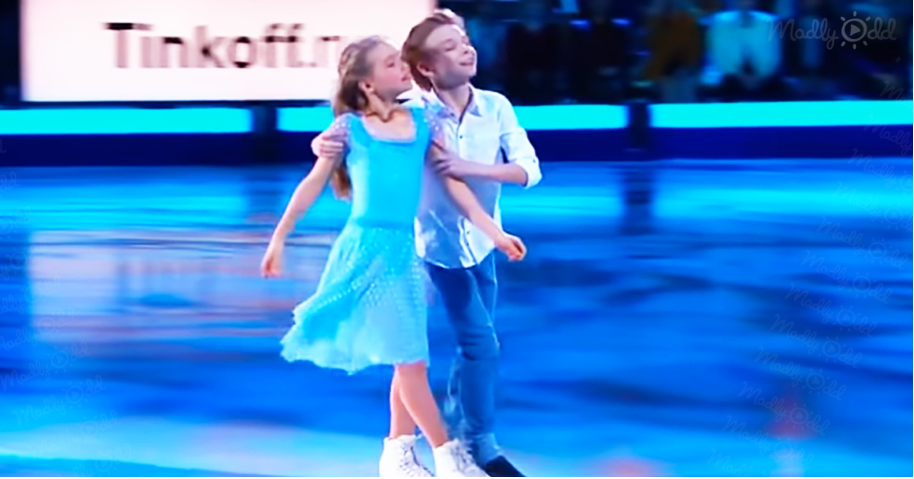 One of the most lovely performances I’ve ever seen had two little children running across the ice to Leonard Cohen’s Hallelujah. They were Ilya Makarov and Evelina Pokrasnetseva.

Evelina was just eight years old at the time, and Ilya was ten. They skated as they had always been on ice. They made an appearance as part of the “Children of the Ice Age” television program in Russia.

A lovely and charming couple with lovely smiles on their faces were skating on the ice holding hands. When they got to their destination, they lay on their backs and looked up.

As “Hallelujah” started to play, they started to move. They gradually got to their knees before standing securely on their skis. They appeared to be telling a story about youthful love.

Ilya and Evelina exchanged thoughtful glances as they each gingerly slid across the ice. They waved and spun as they drifted slightly apart before coming back together.

He lifted her up and twirled her around over the boulder, a simple maneuver that called for great balance and assurance. None of them even slightly hesitated, and he never once had any doubts about his ability.

Their performance was sincere and wonderful in equal measure. They continued to perform with their backs on the ice and their gazes fixed upward in the identical postures.