When a mother finds out that her boys were rude to the bus driver, she comes up with the “perfect punishment” to teach them respect… 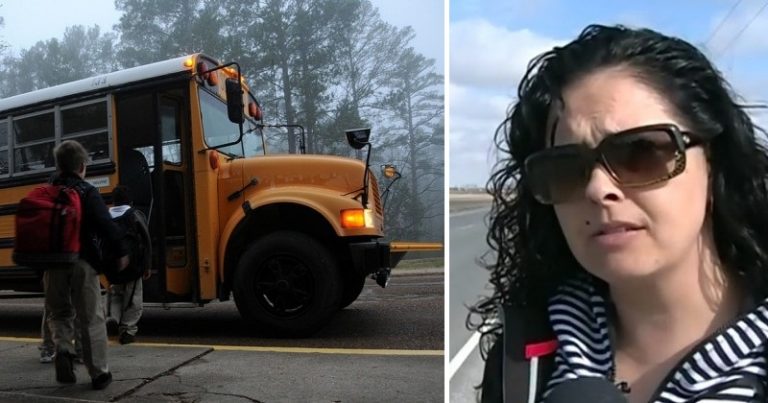 It can be hard to decide how to punish your kids. It is hard to come up with a fair punishment that teaches the right lesson without being cruel. Plus, you have to deal with the thoughts and opinions of other people. When her two sons were bad on the bus, this mom in Ontario, Canada, came up with a creative way to punish them. But people had different thoughts about social media. 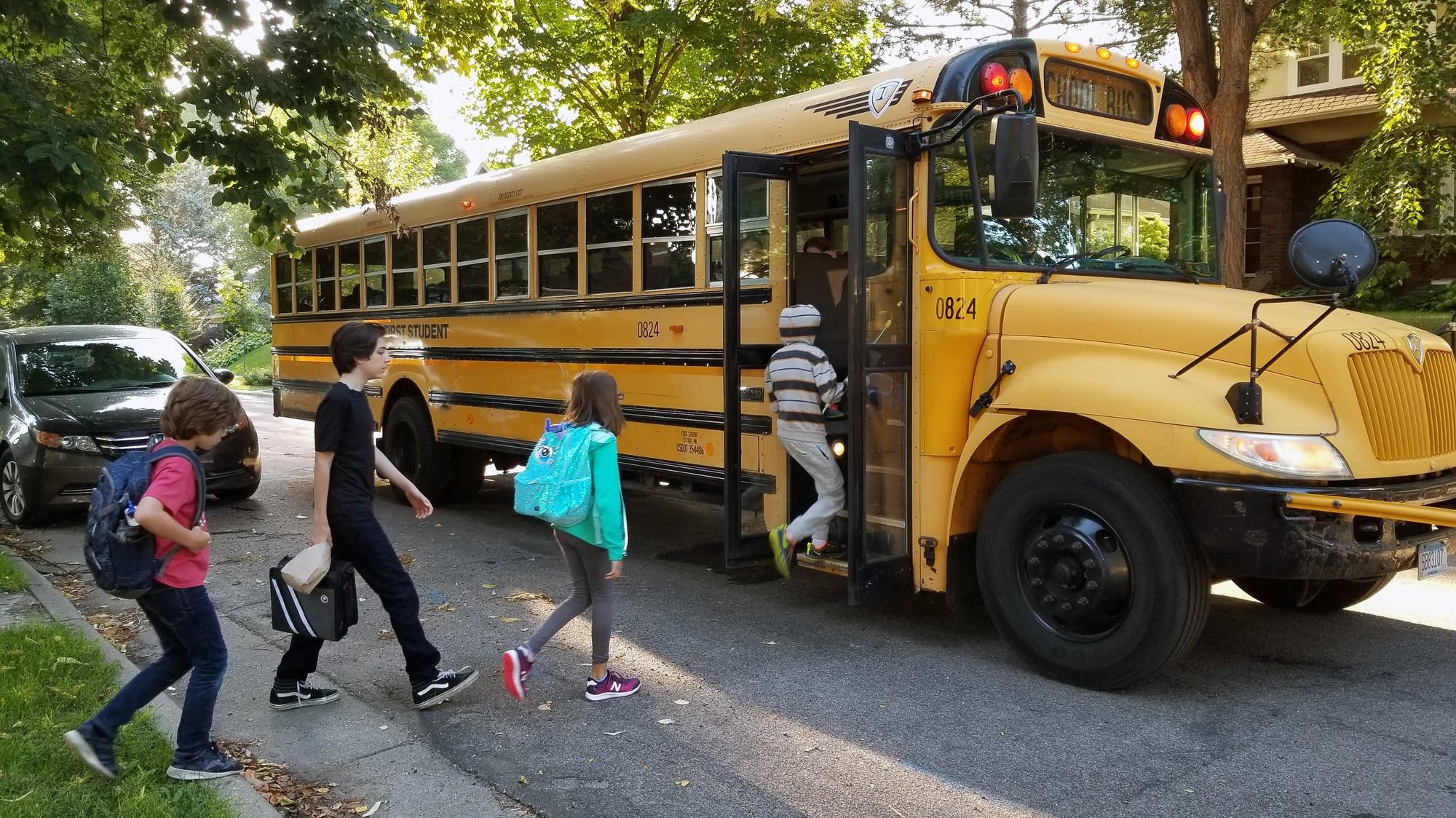 The family lived about four and a half miles (about seven kilometers) from the school. Mom knew that if her boys kept acting the way they were, they would be kicked off of the bus for good. She decided that she would show them what life would be like if they couldn’t take the bus to and from school every day before that happened.

She then told both of her young sons that the next day they would walk to school. The entire 7.2 kilometers. The next morning, she woke them up early, wrapped herself and the boys up, and they went for a walk.

She took a picture of the boys holding a sign before they started their hike. On the sign:

Facebook
“We were bad and rude to our bus driver. Mom’s making us walk.”

She put that picture on her Facebook page and wrote about why she chose that punishment. The post got a lot of comments, and it quickly went viral. 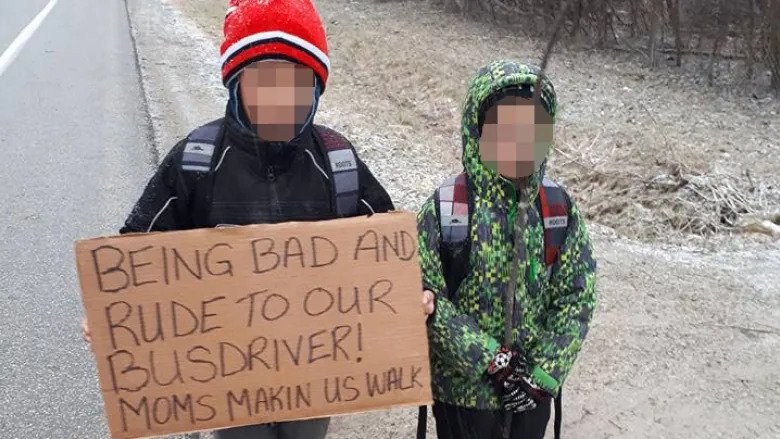 Many parents and other people said nice things about the mom. They thought the punishment was a good idea and that the boys would have learned a lesson from it. The mom said that her older son only needed to walk it once to learn it, but her younger son had to walk it again the next day before he really got it.

But some people said bad things about the mother. Most people, though, did not criticize her for the punishment itself. Instead, they told her she was wrong for putting it online. They said it was a way to shame the boys and that it wasn’t helpful or good for them.

Tina Gatt, manager of community outreach for the Windsor-Essex Children’s Aid Society, said, “I don’t want to judge or pretend to know all the details of this parent’s situation, but it’s something to think about when we think about putting signs on kids that say what the bad behavior is and putting them in a position where you can take their picture and put it on social media.” “Shaming children would worry us, and not just Children’s Aid. It should worry us as adults, too.”